What a winning weekend

Nine gymnasts went to Melksham in Wiltshire for the Quatro Cup.  This is the first time the club have entered this competition which runs over three days and was attended by clubs all over Great Britain, writes coaches Ceri and Tara. 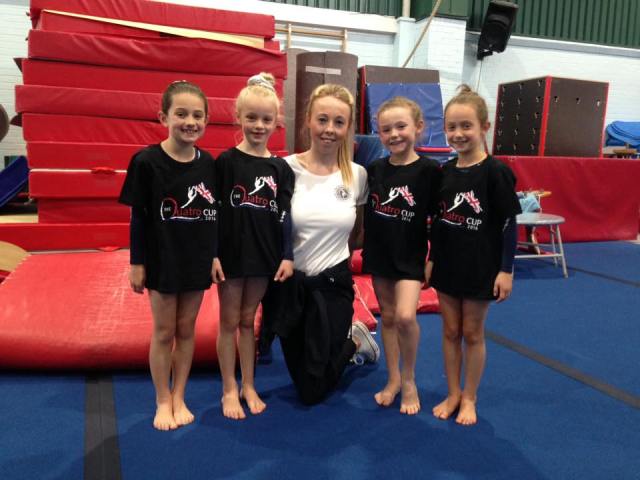 The standard was very high with gymnasts on the Welsh Squad also competing.

Our girls did very well performing and competing new moves successfully for the first time.

Although there were no medals this time, they gained valuable competition experience and enjoyed the event.

The girls competed exceptionally well against a tough field.

Clean routines and expressive performances earned a collection of individual apparatus certificates and paid off in the All Around and Team Competition.

The girls were then announced as team champions.

Amelia was also given an Artistry Award for her floor routine – one of only a handful given out over the three days.

All gymnasts have done themselves and the club proud and as coaches we are really pleased and proud of them.

Thank you to all the coaches who have had an input in their training and Danielle for judging all weekend for the club.

Meanwhile, in Cardiff  we had Neve LaFlamme, Zara Roberts and Zara Evans McVeigh competing in the Level 5 Welsh Finals.

Thanks to coach Bob for supporting the girls on the day.

This entry was posted in advanced, competition. Bookmark the permalink.