Buckley Girls Gymnastic Club was founded in 1974 and has continued to grow in strength and numbers over the years. 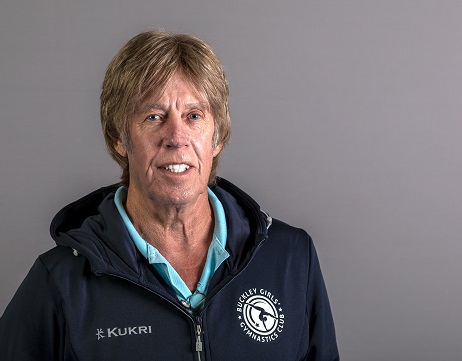 Between 1979 and 2020 the club was under the guidance of Stan Buckley (pictured) who spent many years studying both in the UK and abroad gathering information to enhance the quality of gymnastics, not only in Buckley Gym Club but throughout Wales as a whole.

Over the years the club has boasted a British Junior Champion, numerous Welsh Ladies Champions, gymnasts in the Welsh and British Squads with Club members representing Wales in the 1986 and 1990 Commonwealth Games.

Even after leaving the club to take up university studies Buckley gymnasts have continued to represent Wales in The World Student Games.

In November 2002 Stan decided to semi-retire from the club, but remained as our Coaching Director until 2020 when he stepped down.

He initially handed over the reigns of the club to his younger daughter Maxine Baker who carried on the legacy of producing Welsh squad members and gymnasts to international level with both team and individual wins against the French and Dutch.

In 2013 after 15 years coaching with 13 of those years as Head Coach, Maxine emigrated to Perth, Western Australia.

Head Coach duties then passed to Ceri Sass – who now sits on our board of directors – and Danielle Wrigley assumed the responsibilities from 2019.

We started fund raising to move to our own facilities in 2015 and we signed the lease on our new gym in Gwernaffield, near Mold, in January 2017, before starting work on the building for its opening in May 2017. And we continue to run classes at Buckley Leisure Centre.